The U.S. Capitol Page Alumni Association is the organization for former House, Senate, and Supreme Court pages who worked and studied on Capitol Hill during their high school years. The Association was formed in 2008 by a group of former pages who sought a way to bring together those of us who share this incredibly unique high school experience and who had the special opportunity to learn, grow, and mature in the shadow of the Capitol.

The U.S. Capitol Page Alumni Association represents eight decades of page service: the oldest known living page graduated in 1936 and our most recent members have yet to graduate.

Wordpress has been in use as the content management system for the Association's website since 2009.   They began exploring options for consolidating their member and donation data in 2011, when they found out through Korlon LLC that CiviCRM was scheduled for integration with Wordpress in 2012.

In preparation for use with CiviCRM, the site was migrated from Site5 to CiviHosting.  CiviCRM 4.1 was installed while still in alpha stages, and their import of data began in the beta stages.  This benefited both the Association and CiviCRM by getting Wordpress+CiviCRM debugging process started early.  Hours spent debugging and testing were donated by Korlon LLC.

All the constituent membership and contact data has been imported and the annual reunion event is being created using CiviCRM.

Contact management, e-newsletters, membership management, donations, and events using price sets.   Since no module such as Views exists for Wordpress, PHPMyDirectory was used for a directory for members to find one another.

To implement CiviCRM in a Wordpress environment and save the Capitol Page Association money and time by integrating their data into an open source web application like CiviCRM.  We wanted to also test CiviCRM while in its early stages with Wordpress.  To our knowledge, this project was one of the very first Wordpress and CiviCRM integrations used in a production environment.

Integration between Wordpress and CiviCRM is still in the early stages.  Additionally, the data import included over 10,000 individuals and organizations.   It takes a while to clean and map this data.   During the import we used a beta version of 4.1 and encountered some challenges with the import features.  These were reported and generously fixed by the CiviCRM team by the time 4.1.0 stable was released.

Korlon LLC, CiviHosting, and Bill Peard, the Treasurer and co-founder of the Capitol Page Alumni Association.

This is a statement from him:

I began using CiviCRM with Wordpress in early January, and it's been a great experience. With a few weeks of part-time attention and a few hours of professional assistance from my web consultant, I was up and running with 10,000+ records and about 13 custom fields. The astounding thing about my experience has been the breadth of functionality. I was initially concerned that a lot of the functionality available in Joomla and Drupal would be riddled with glitches. I purchased "Using CiviCRM" by Joseph Murray and Brian Shaughnessy (written for Joomla and Drupal users), and I discovered that almost every functionality described in the book was available to me as a Wordpress user. The back end seems to integrate seamlessly with my Wordpress website, including an event registration page I just created. Tags, groups, smart groups, CiviContribute, and CiviEvent all seem to work well for me to the extent I have used them. Lastly, I appreciate the easy transition between editing my data in CiviCRM and toggling back to edit my Wordpress website. While there is a LOT to learn in CiviCRM, the basic day-to-day functionality of adding and editing contacts is very easy to learn and requires little additional study beyond the Wordpress website editing.

Other CRMs were evaluated, primarily Convio and eTapestry - both now owned by Blackbaud.   Both were estimated to cost in the $6,000 USD range for setup with an ongoing cost of $300/month.   CiviCRM was installed and configured with imported data for less than $1,500.  Ongoing support and hosting costs are anticipated to be about half of those listed above for those Blackbaud systems.   Perhaps more import than price is the freedom offered by open source software - CiviCRM 4.1 is completely without fees and the Association's data lives in an environment unaffected by corporate buyouts and changes in terms of service.    The Capitol Page Association also enjoyes the integration CiviCRM offers with their website CMS, Wordpress, which is also open source.

The United Church of Canada

CiviCRM chosen for the Imagine No Malaria global initiative 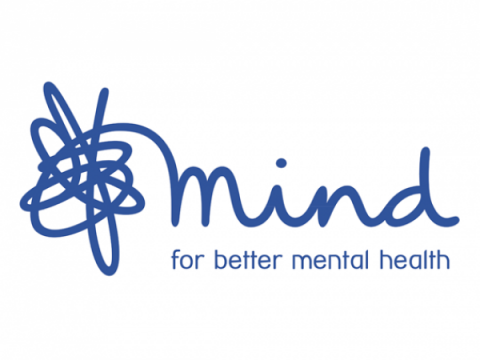