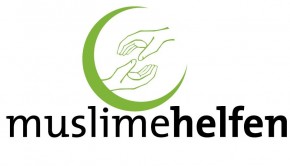 Laying the foundation for a high-performance IT landscape with CiviCRM

muslimehelfen e.V. (muslims help) is a mid-sized organisation based in Ludwigshafen, Germany. It focuses on collecting donations, mostly in the form of traditional muslim donations, and delivering humanitarian aid to needy people around the world with these funds.

The organisation has a well-established network and contact basis among muslims in Germany, resulting in a data base of about 120.000 contact entries and 500.000+ donations. So it comes as no surprise that their legacy system, dating back to the nineties, was on the verge of breakdown when we began working with them.

But necessity was not the only reason for muslimehelfen to look for a new CRM system. As a very service-oriented organisation eager to facilitate as many business processes as possible with IT, they were looking for a sound basis that would not only provide strong CRM functionality, but also be extensible and ready for integration with other systems. CiviCRM was the software of choice after intensive scrutiny of the systems available on the German marketing.

Migrating the not only fairly large, but also complex data base was no simple task. Additionally, there was a tight deadline set by the introduction of the Europe-wide SEPA standard for direct debits (that the legacy system was not able to handle, but CiviCRM was extended to handle). Direct debits are the main payment method used by organisations in Germany, and not being able to process them was definitely no option. In such a scenario it's crucial to elaborate a very well-planned, reproducible migration process. Overall the migration went pretty well, and while there was (and still is) need for support here and there, muslimehelfen have embraced the new system and are going pretty strong on CiviCRM.

Some of the nice non-standard features we developed to enhance the CiviCRM experience for muslimehelfen staff are Drupal views for special reporting requirements, an API extension to record the entries on the Drupal-made contribution-page, customisations of the user interface and some smaller extensions. muslimehelfen also helped to fund (and are benefiting of) the extensions for SEPA, Banking and German donation receipts.

The story doesn't seem to end here though. muslimehelfen are a good example of an ambitioned organisation building on the solid and extensible foundation of CiviCRM. The potential next steps might include: an enhanced security architecture to keep their valuable data safer, connecting CiviCRM to a mobile app that helps you find the nearest mosque, as well as integrating their service center for donors. Meanwhile, the visionaries at muslimehelfen already think about Big Data and enhanced social media integration. So, while we can't be sure where future paths will lead, it's safe to say it will be an exciting journey. 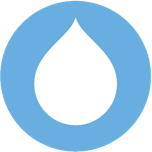 To move the large contact database to a solid, reliable system with strong CRM functionality, customisability and extensibility.

A very tight deadline for a complex project and an ambitious feature set. Not only had the database to be migrated, but also extended functionality to be developed in time (esp. the SEPA extension).

A whole range of possible solutions was considered by the organisation, but all were found weaker and/or expensive in comparison to CiviCRM. 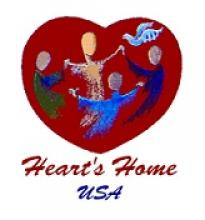