Three blogs and pictures of the CiviCRM Sprint in the Eifel

This year we had a sprint after CiviCon Cologne. So far I have only been to a sprint in Edale UK. The Germans copied everything from that sprint, remote location with hardly any internet. But with Germans you know it is done well. So the internet was faster (but still slow). The remote location had a bbq place, swimming pool and sauna.
At the sprint we had many new people which I think is good. Read their experiences below. At the start of the sprint I helped some people with installing buildkit. I managed to get it working during the last Edale sprint. So I thought it is my time to explain because by explaining I will probably get a better knowledge of the tool. I have also been working on CiviMcRestface an software toolkit to connect to remote civicrm instances. The initial development was done by Björn (Systopia) and during the summer we are going to develop it further so this was a good time to get started on CiviMcResface. I enjoyed this sprint and came home energized but in need for sleep.

I was very excited about the opportunity to be part of the sprint right after the CiviCon in Cologne 2017.
It was not only my first CiviCon, but also my first sprint. I did not know what to expect and came unprepared to some extend.
The sprint was located in the beautiful Eiffel countryside (Germany, 1 hour train ride from Cologne).  It even motivated some of us to make a small hike through the woods from the train station to the house (caution: tick alert!).
After we all got settled in the house, we got to together and introduced ourselves, where we come from and what we expect from this sprint.
Tim took over the lead, coordinated the tasks/sessions and divided us into smaller teams with different topics each.
I was in the newbie team, that should first of all install built-kit. Easy enough task you think? For some maybe... This is where my unpreparedness came into play.
As I did not know, that I would be developing myself, I had no admin rights for my laptop from work. And I dared to bring a windows laptop... not a good start!
After a phone call, I at least had full control over my laptop - I think I can start now, or can I? Windows seems somehow to be the exception for everything, and it was not clear if I would it get going, because the others had only experience with mac and linux installations and error handlings.
So I started several approaches in parallel: installing builtkit for windows on one hand and creating a linux virtual machine on the other hand.
But wait! Did I say install? First I had to download everything - and many others were downloading stuff too... Suddenly you appreciate your fast WIFI at home/work very much!
I don't want to bore you with any further attempts... I did manage to have a developement system running in the afternoon of the second day of the sprint. YEPEAHH! YAY!!!
Then I was thinking about Michaels words at the beginning of the sprint: "If you are here the first time, don't be disappointed, if you just get a developement environment ready." Well, I didn't know how true this was!
Honestly, I was really mad at some point, when I was just watching the downloads to slowly dribble in... I wanted to contribute something, when I was at the sprint!
I felt really useless at some point.
BUT: Even though I could not achieve something tangible at the sprint, at least I have now a development environment.
I met so many nice people and everybody had really good advice and ideas. Most important: I always felt welcome and never a burden (even though I brought a windows laptop ;-). I very much hope that someday I am not the newbie anymore and I can return the favor.
We also had a nice time there outside of the sessions: doing BBQ, playing table tennis or "cards against humanity" (who has the weirdest/darkest thoughts? Björn of course, thank you very much :-)
Funny though, everybody wanted to go into the pool, but I think nobody ever did.
So we had a really good time, even when we were not working (or downloading/installing) and for those connections in the civi-community alone I think it was worth to be part of it!
Where else does a newbie have the possibility to talk to Tim from the core team? And people with many different backgrounds. The CiviCon was at some point too short talk in details with the people, but during the sprint it was nice to just hang out with the others after the sessions and connect.
And maybe I can contribute something: to avoid future newbies from frustrating starts at CiviSprints, here a list to be better prepared:
I definetly left the sprint on a high note, full of ideas and informations and very motivated for the next tasks at hand.
I hope I can help other newbies to have a better sprint experiences and to encourage the ones who had similar experiences as me to try again.
Next time I will be prepared!
Emanuela - Green Peace Austria

The spirit of the CiviCRM Community

The CiviCologne Sprint was my first sprint, and part of the tradition is that your first day you struggle with installing buildkit (and get offered some friendly help by a more experienced developer). I did not know, so I installed the tool beforehand. But it was a struggle because I happened to pick CentOS Linux instead of the proven Ubuntu version. I got stuck, a command line tool code threw an incomprehensible error to me. After trying a lot of things I gave it to Google, and the search engine led me to the source code. A missing PHP module was the culprit, and I got it working. Just an average day in the life of an open source developer.
But at Sprint a fellow first timer tried to install buildkit on another unlucky variety of Linux, and kaboom, it showed the error again. I can help, I thought, and I showed him the Google - Source Code - install the PHP module route.
But unexpectedly, Tim Otten, who sat on the same table remarked "We need a better solution, let's change the code, so it throws a more clear error"  He turned out to be the creator of the tool. Within an hour a fix was created and committed on Github. The result is that the users of more exotic Linux distributions now have better feedback.
For me, that illustrated the spirit of the CiviCRM community. We all have the power to share. The experienced developer shares his improvements in the code base. But the beginner shares his valuable feedback how the code can be improved, making it more useful for a larger audience. And because on a sprint week, we are together this power becomes evident.
Klaas Eijkelboom - Kainuk / CiviCooP

Pictures are taken  by Klaas Eijkelboom 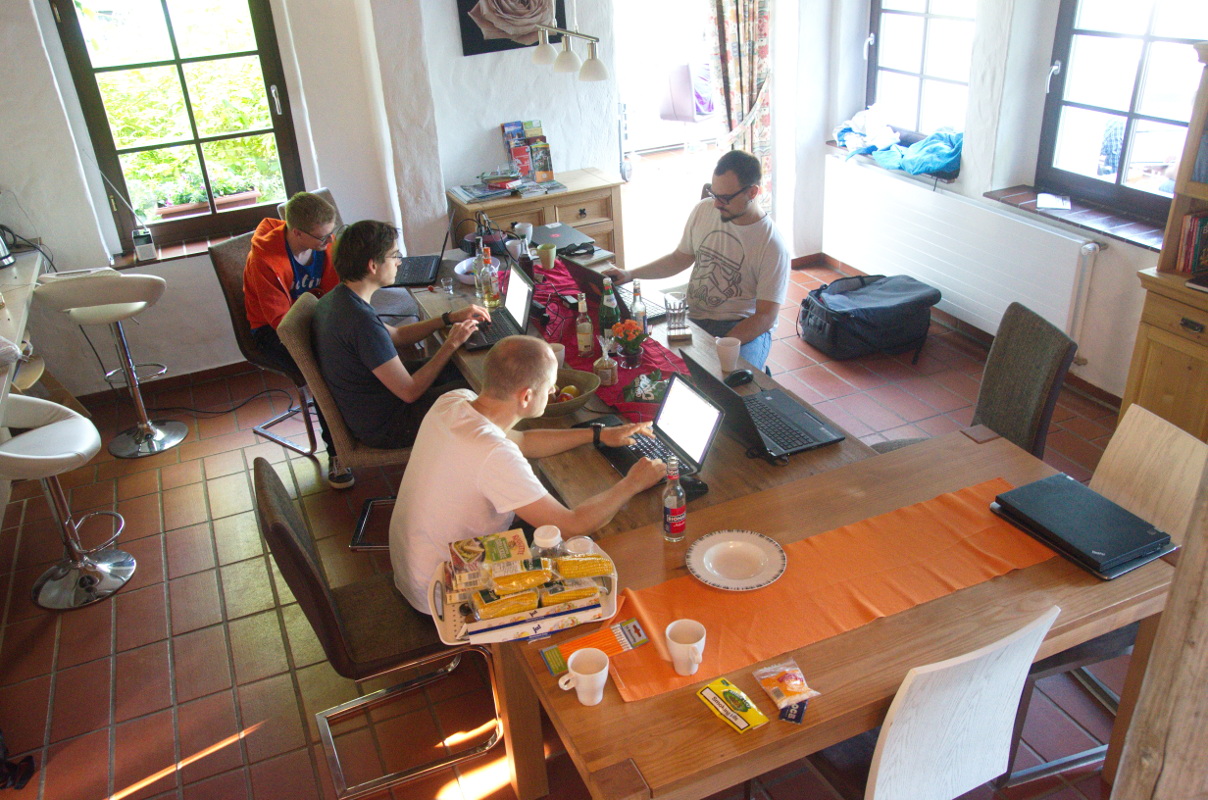 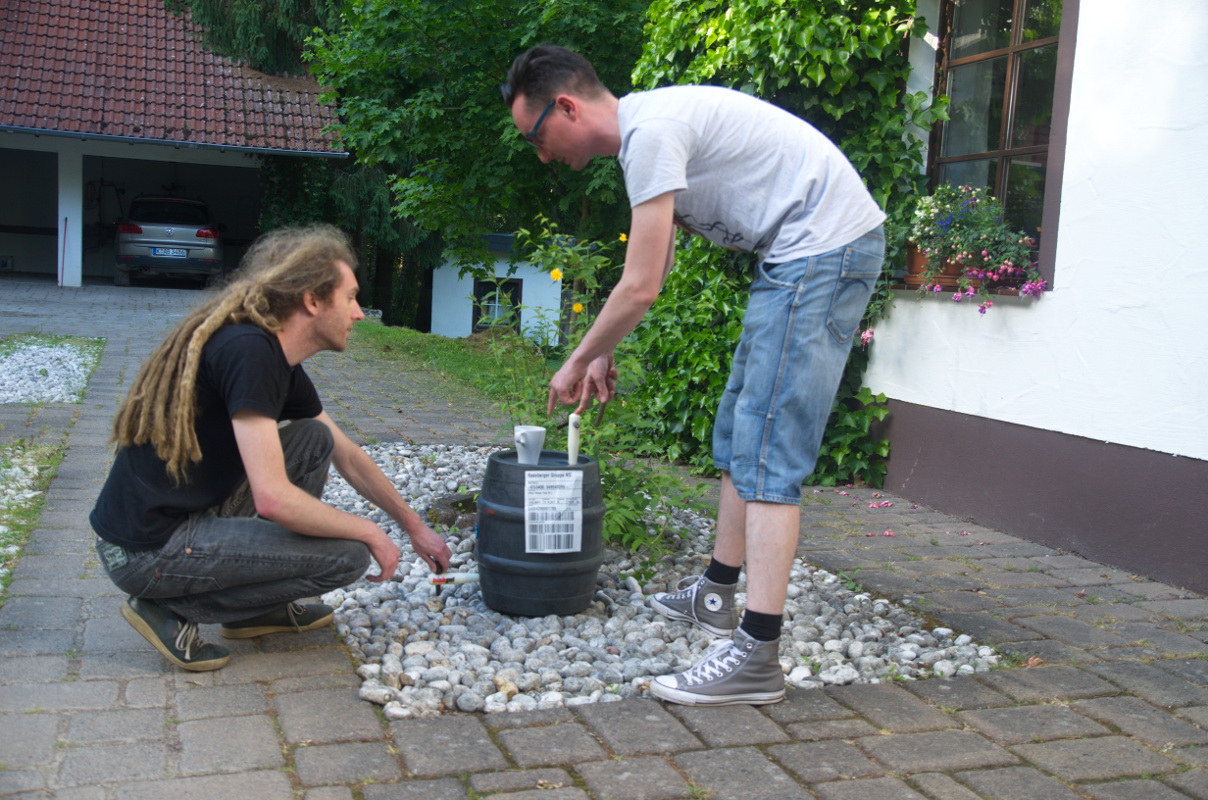 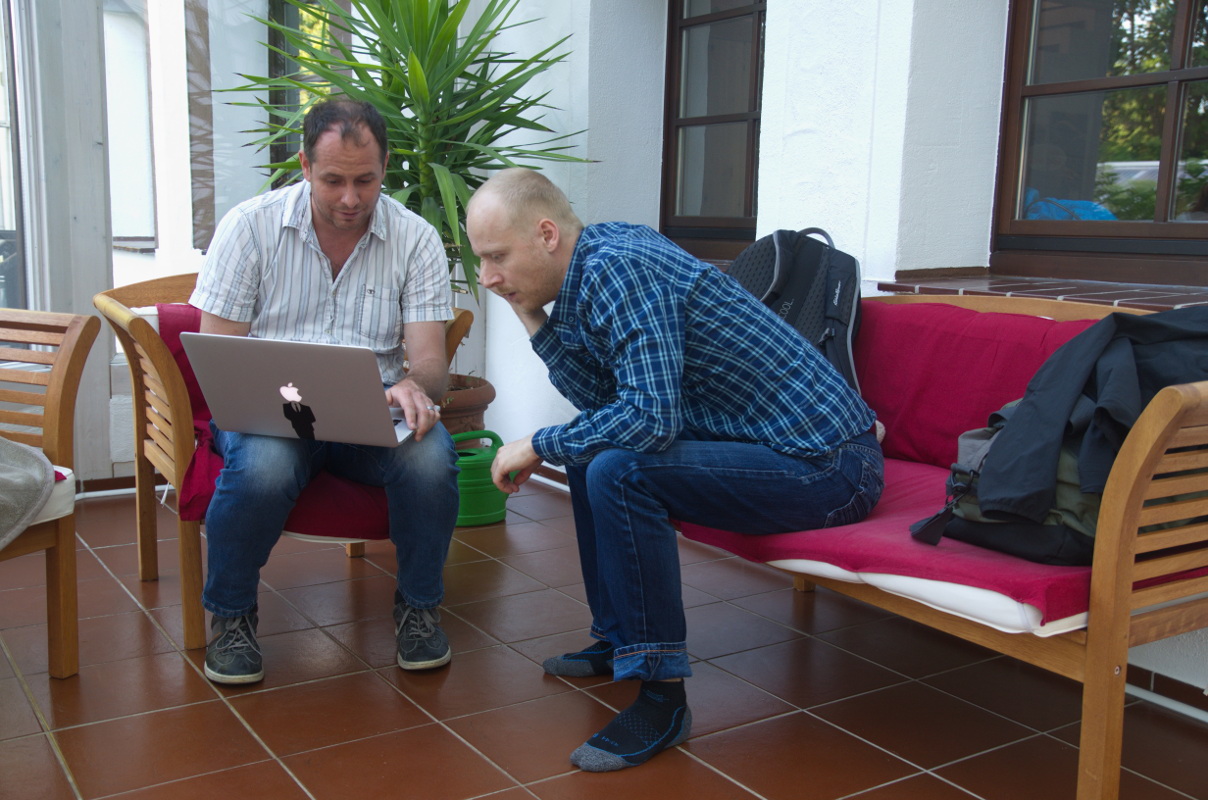 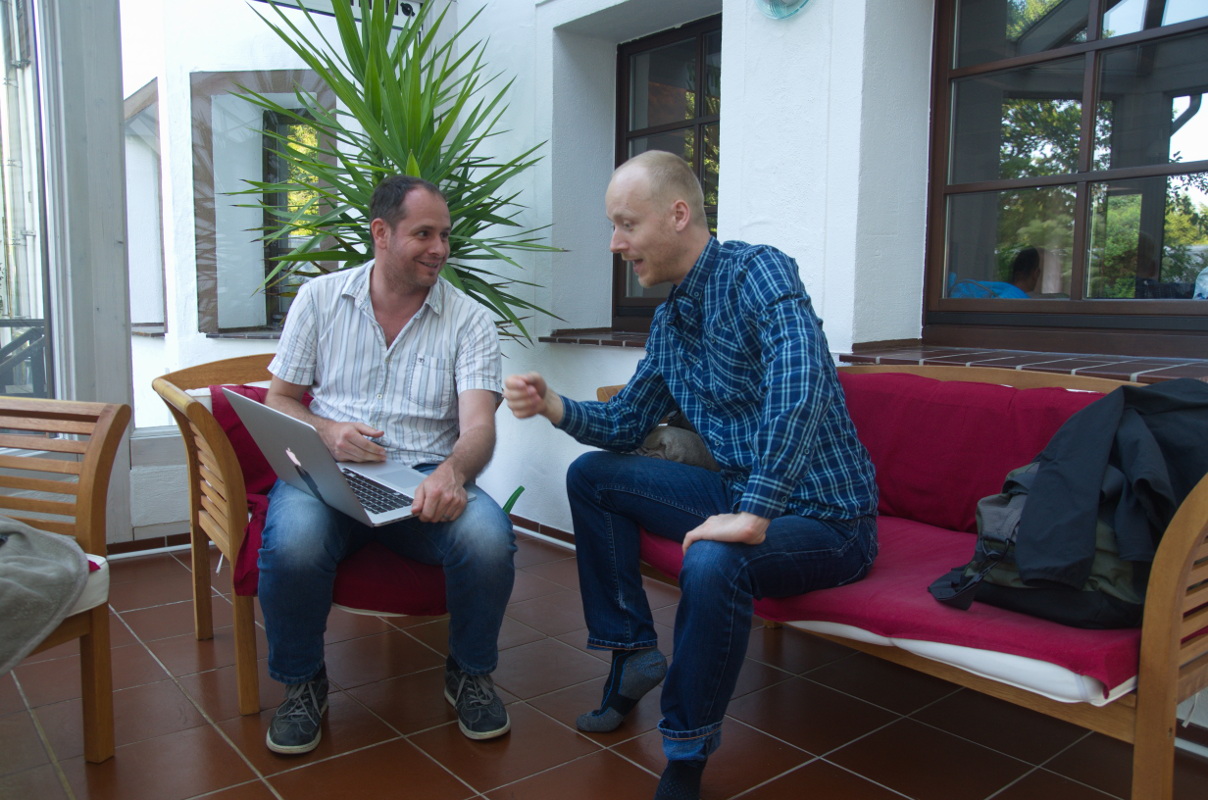 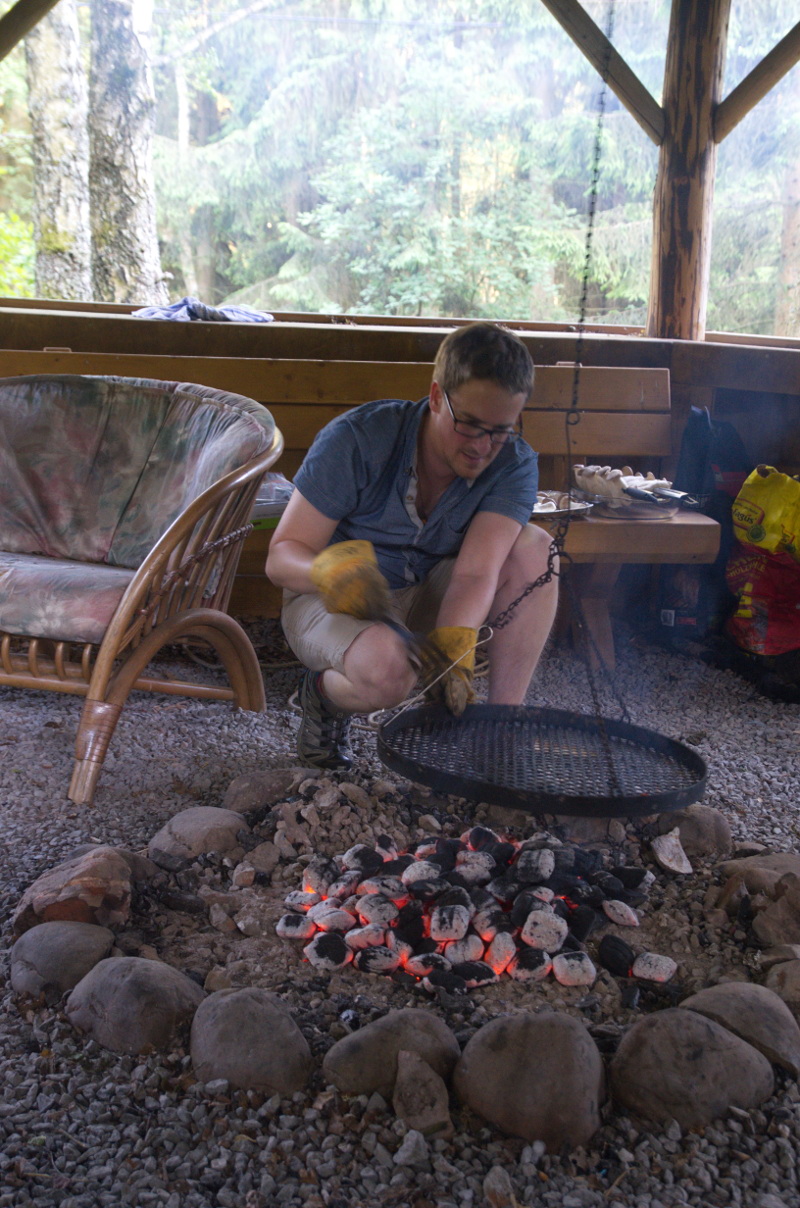 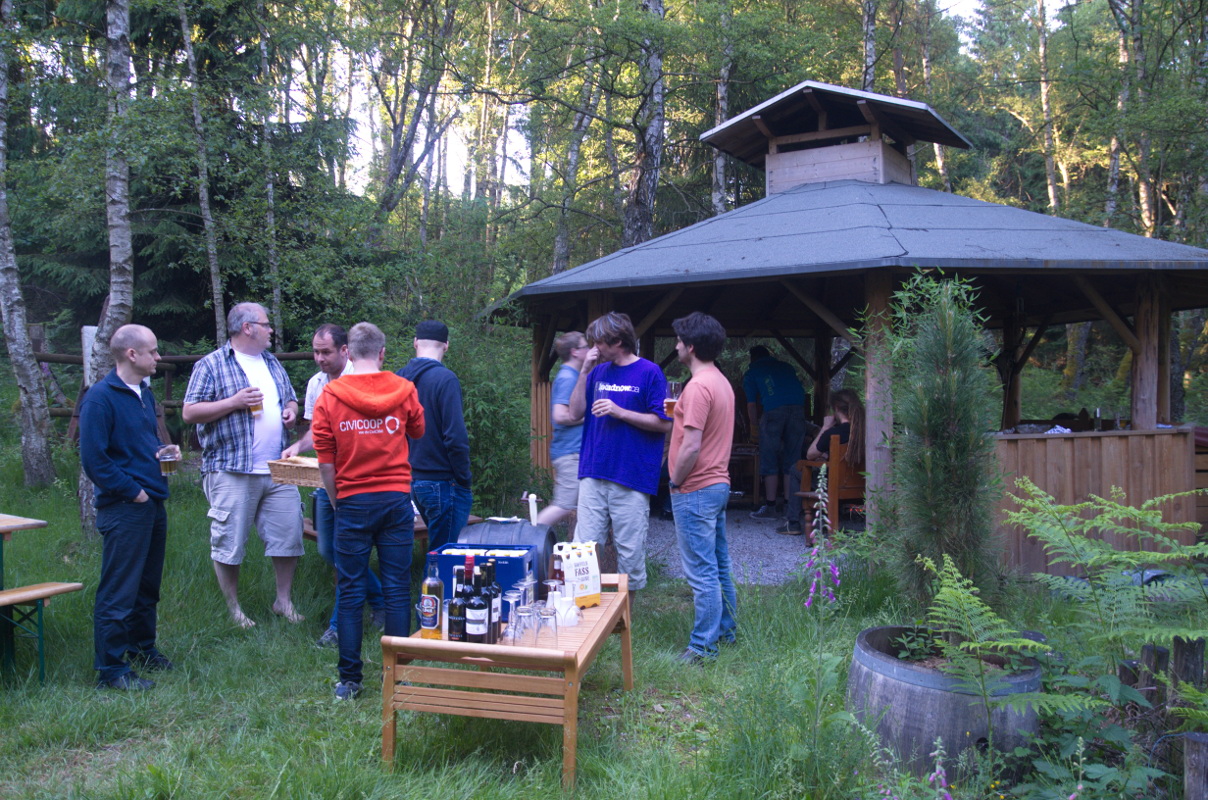 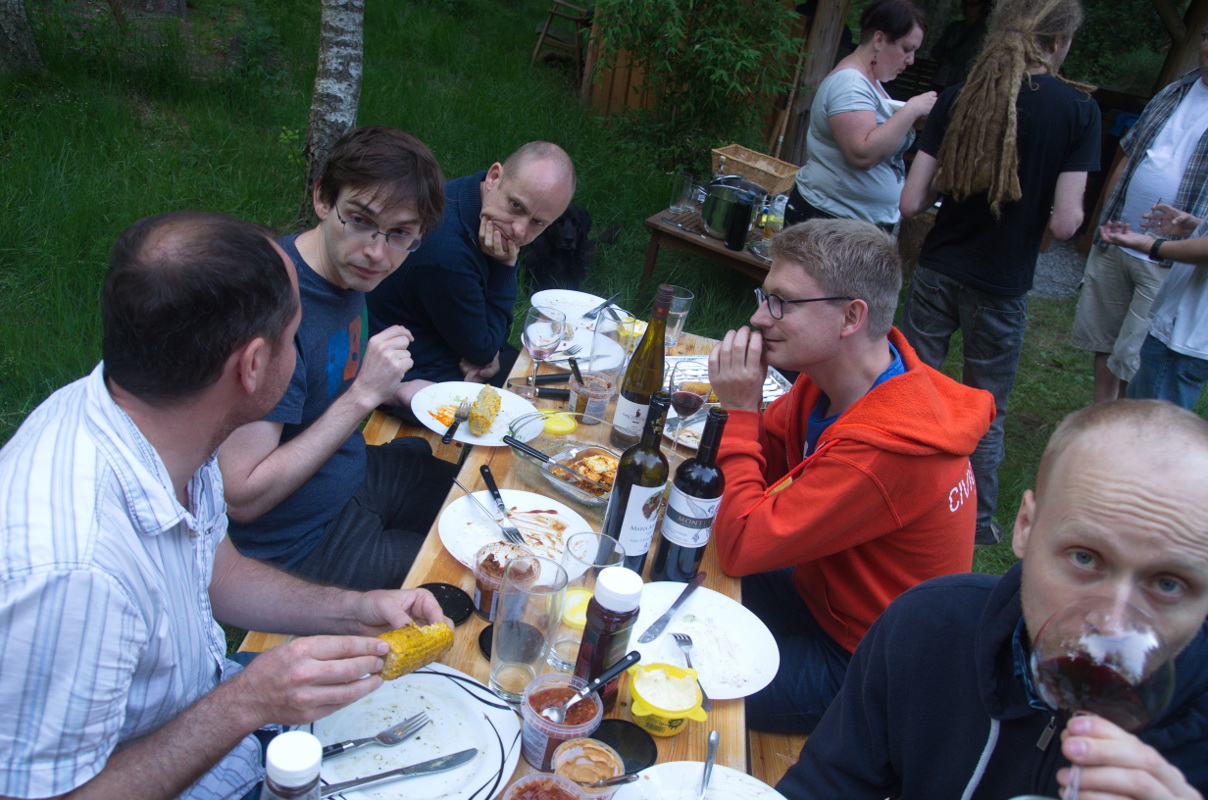 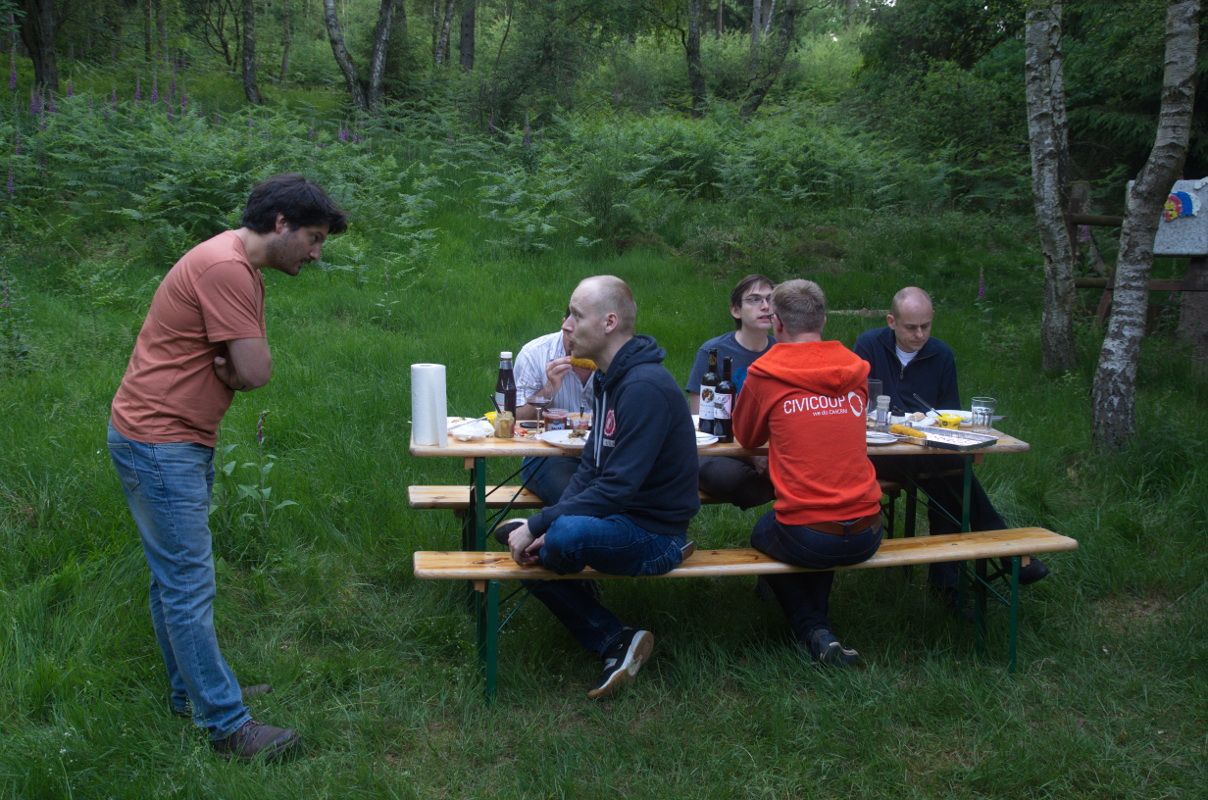 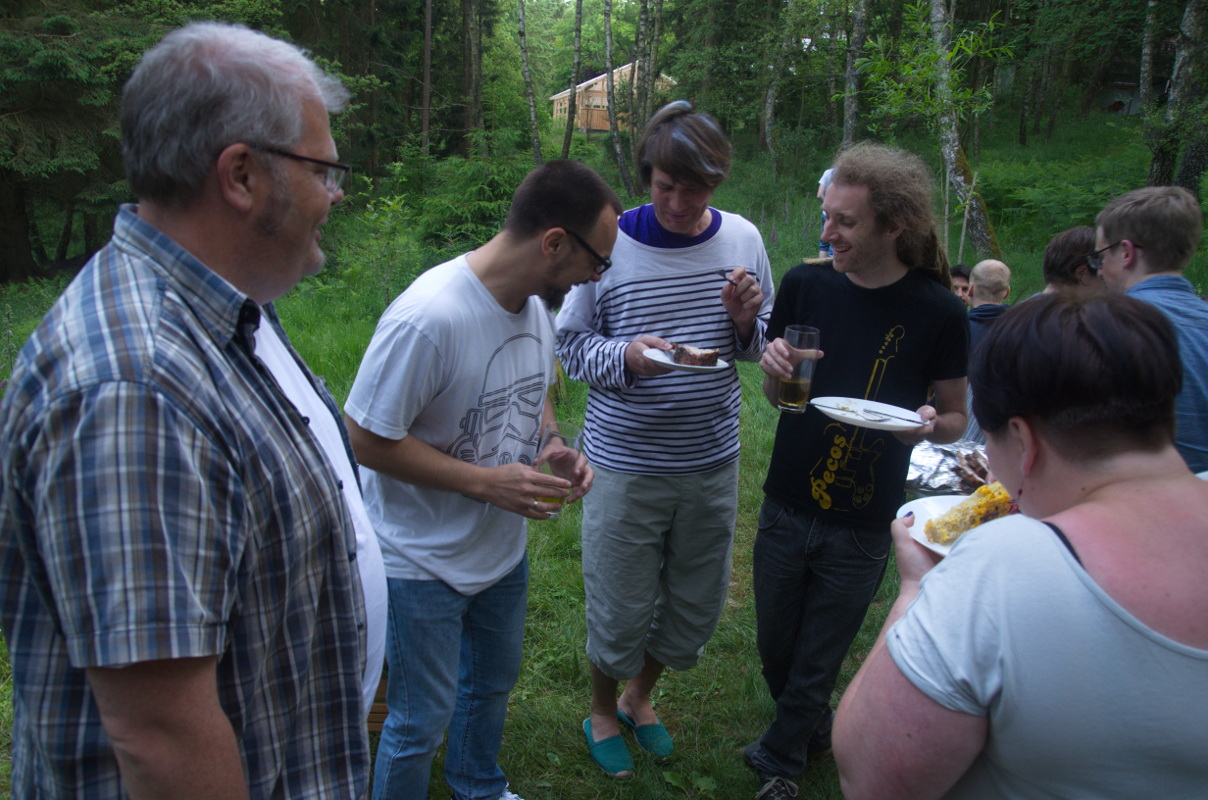 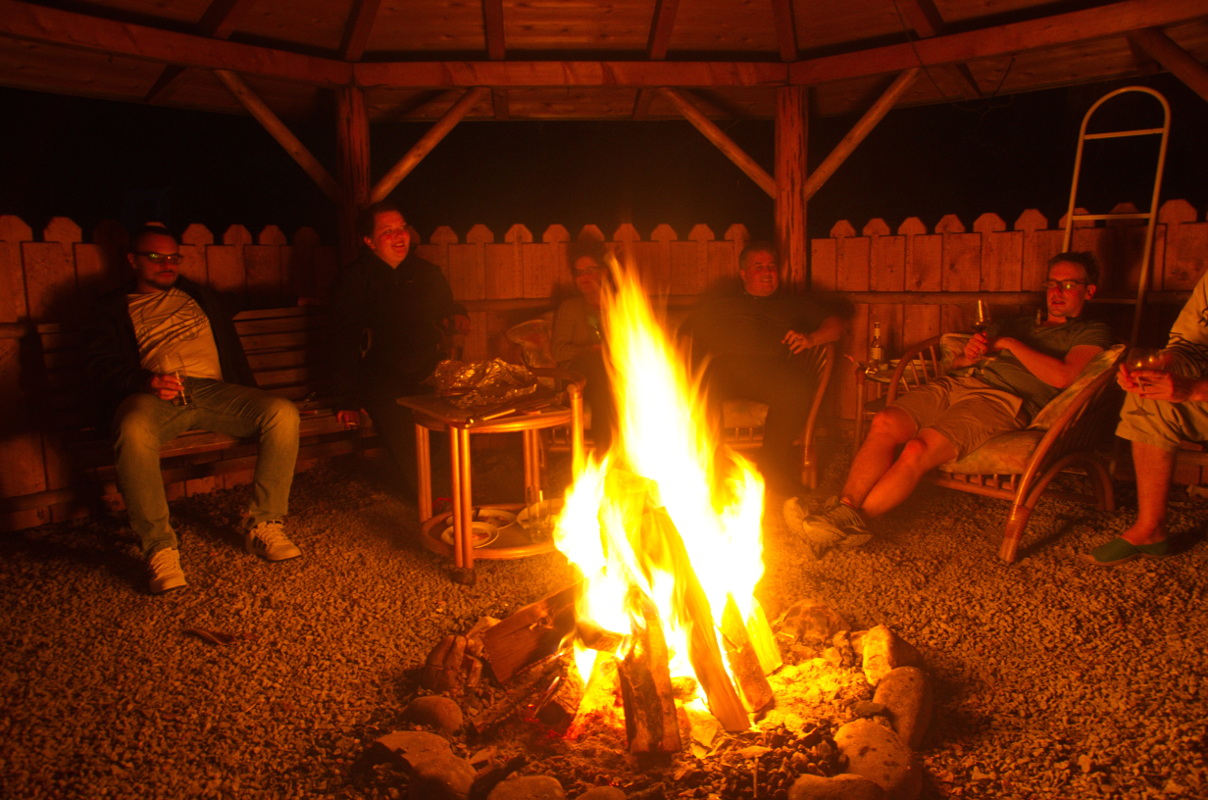 Looks like  a great sprint and location. Wish I could have been there.
The UK sprint this year is in October and the location is Bampton in Devon
https://civicrm.org/civicrm/event/info?reset=1&id=1065

Bampton in Devon, you mean?  Although there is one in Oxfordshire too

Highlights from my recent development experiences

Why Search Kit is Actually the Future of Everything

The Great Form Builder Push of 2022