CiviDay in Bristol was an especially extended meet-up so we could run our Bristol themed Prezi introductory seminar for the first time to all the new attendees, nearly everybody was new!). Most of our usual attendees had made their apologies, but we still had twice the normal number. We had biscuits and fruit (which was a first) and a much larger room than we normally use for meet-ups. Sean (me) introduced proceedings with a little history about CiviCRM in Bristol and then we dived into showing the participants the full capabilities of CiviCRM in a fast moving, multimedia presentation that captured everyone's imagination (at least no-one fell asleep, there were 68 slides!)

After the presentation we had introductions, the vast majority of participants were evaluating CiviCRM for use in their own organisations, but we had Wordpress and Drupal developers looking to learn more about how it could solve their customers issues. DaveM gave updates on the community news , upcoming training locally and development work on the software via another Prezi produced for CiviDay by Kurund from the core team and then representatives from two of Bristol's leading environmental charities - Bristol Green Doors and LifeCycle UK showcased their work with CiviCRM and Drupal integration

We finished off with the traditional "surgery" with lots of solution ideas provided and offers of help and support swapped. Everyone left with a glint in their eyes that said this would not be the end of their involvement with CiviCRM 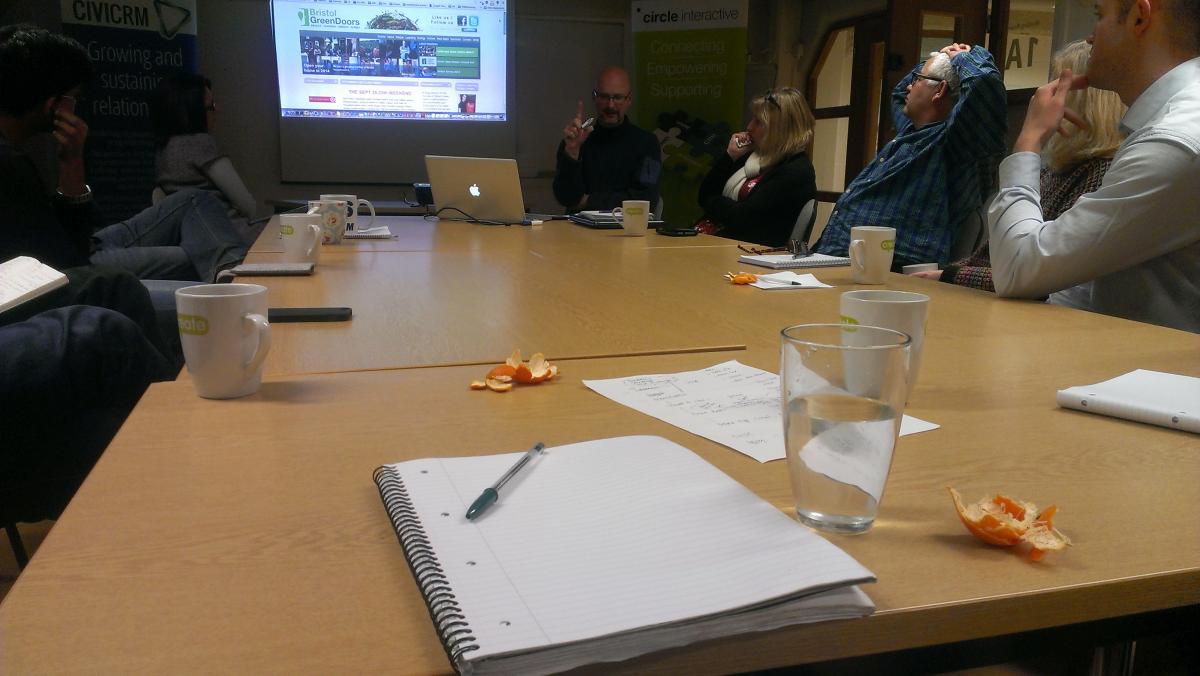