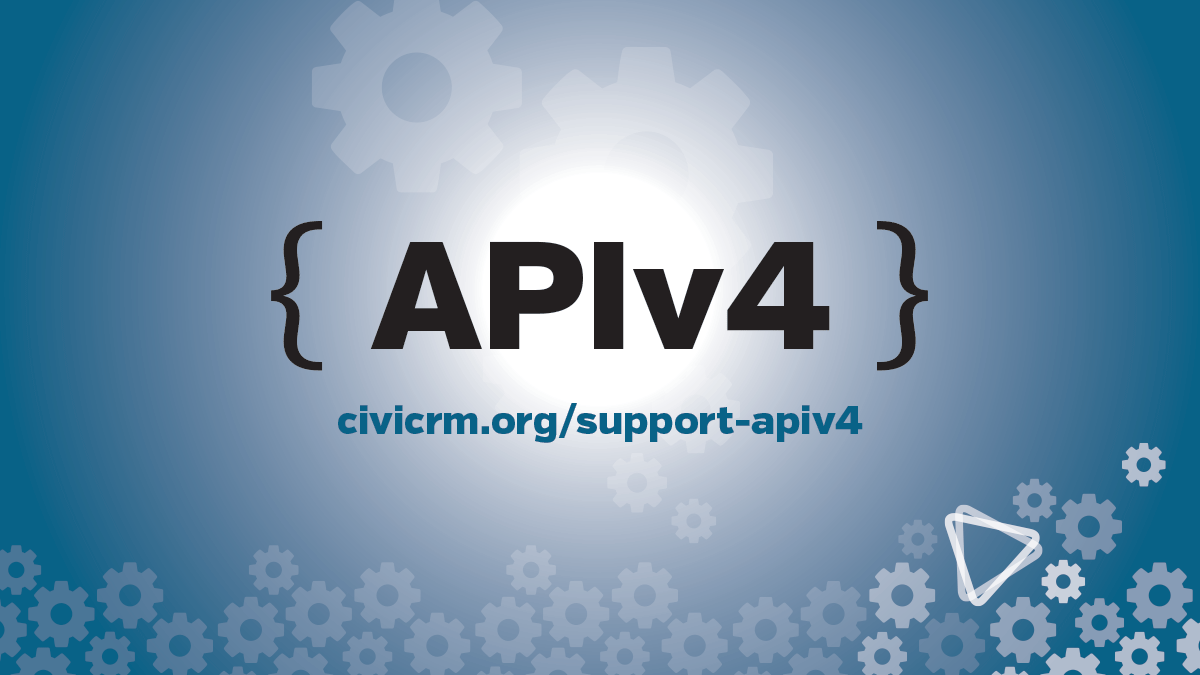 We’ve talked about and have made some progress on APIv4. Along with a native form builder and an improved UI, a new version of CiviCRM’s API was identified as a key objective our roadmap. While it may be the least glamorous of the three, it is an increasingly important and powerful feature within CiviCRM. And it’s time for an update.

Api version 4 represents an important leap forward for the CiviCRM platform. An api is an "Application Program Interface" used to create, read, update or delete information in the database. It is used by extensions, 3rd-party integrations, customizations, and increasingly by the core CiviCRM software itself. CiviCRM currently ships with api version 3, which has many excellent features but also some limitations which hinder development of api-based applications.

On a more technical level, APIv4 will build-upon and improve the previous version by:

How are we organizing?

No one recognizes more than the Core Team how tough it can be to move major initiatives forward. Everyone is focused on their own work. There are lots of perspectives to reconcile. And, of course, time is a scarce resource. In order to maximize our efforts, the Core Team is organizing itself into focused, 1 month ‘sprints’ that target a specific initiative.

Throughout May and June, the CiviCRM Core Team will focus its resources on building out APIv4 and on moving this key objective forward in order to improve the overall platform. Specific details on milestones and deliverables is forthcoming, so stay tuned.

How can you help?

As of this blog post, the Core Team has raised $22,500 in commitments and are budgeting $28,350 for this effort. We've spun up a Make It Happen campaign to help close the gap.