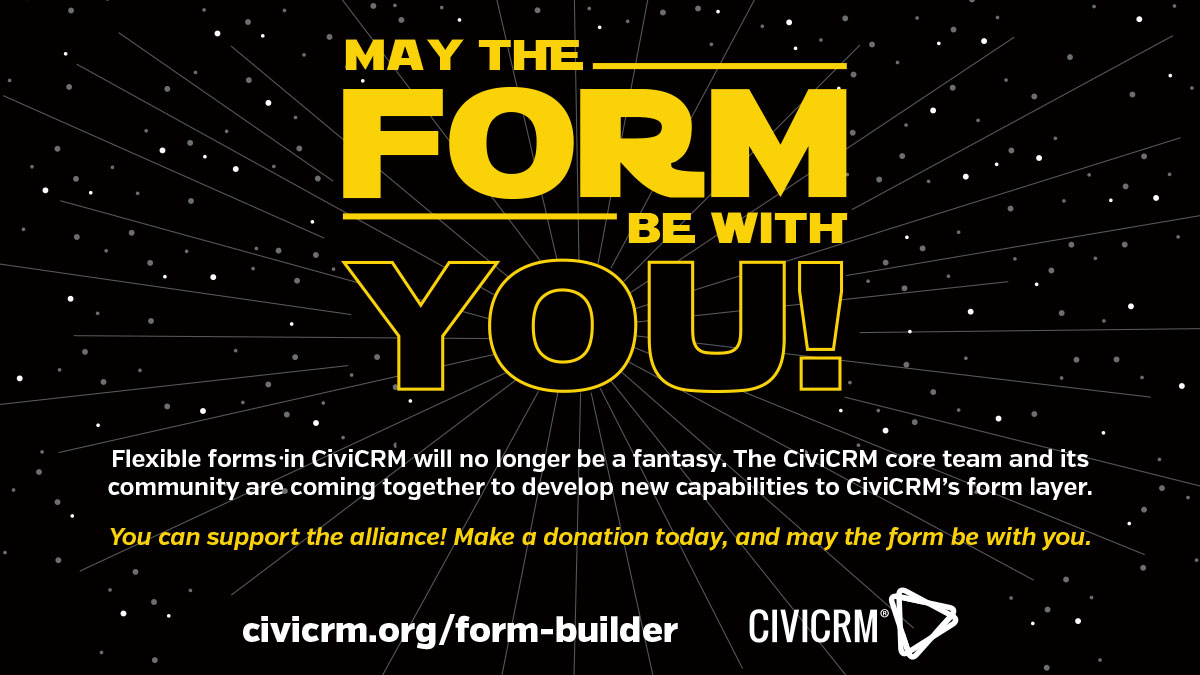 The CiviCRM Core Team has returned to the project after its first victory over the Galactic forces of inflexibility. With plans for a prototype in hand, the Core Team has begun work again on Form Builder, the ultimate weapon that spells certain doom for the old order.

Long identified as a key piece of functionality, the native form builder made it officially to the roadmap in 2015. A lot of design work has gone into Form Builder already, resulting in a working albeit 'not pretty' prototype. Work on Form Builder for the remainder of the year will focus on implementing a drag and drop interface as well as a stable, useable extension.

Form Builder is a big undertaking with even bigger implications, and will revolutionize CiviCRM's capability to build and manage online forms. Progress will be released incrementally over time, and support for this initiative will be needed on an ongoing basis.

Like all major pieces of functionality, this form builder will not happen without a significant community investment. If you have questions or wish to make a pledge, contact Josh at josh@civicrm.org.