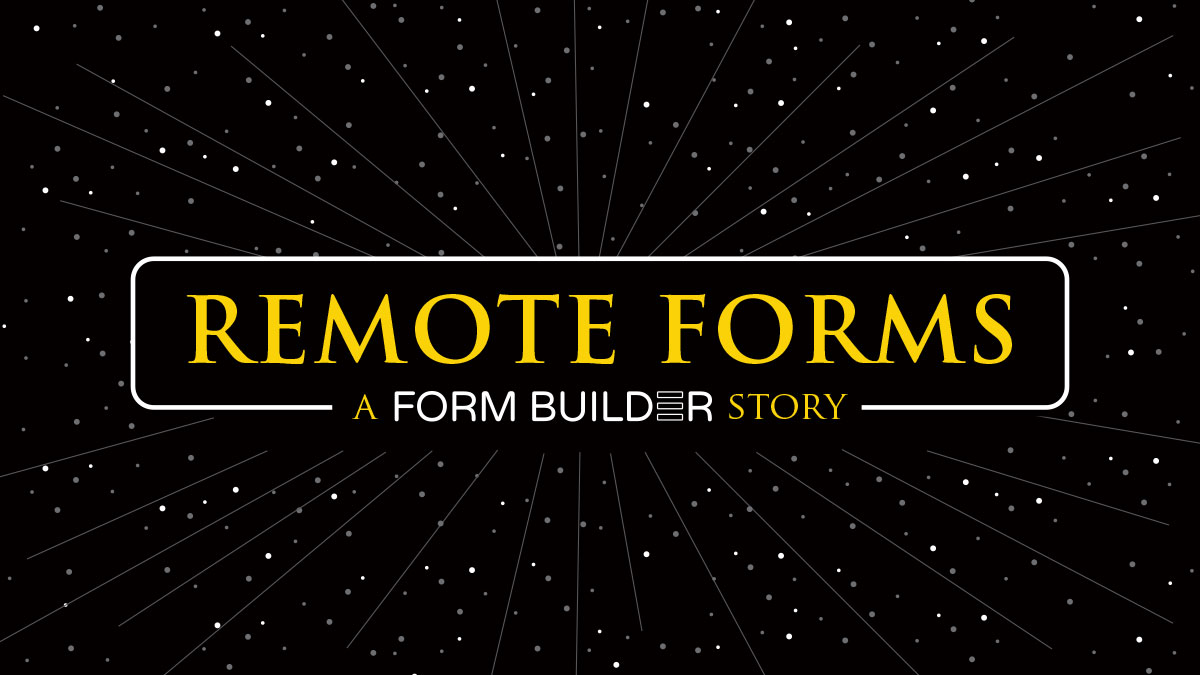 Now shipping in core, Form Builder, along with its powerful new ally SearchKit, is pushing the limits of capturing, managing and leveraging data in CiviCRM. The empire of inflexibility is on the run as Form Builder moves into support for remote forms, thereby allowing rebel forces to easily capture data with forms embedded in remote websites in a safe and secure manner.

This latest effort represents a big milestone for Form Builder and will open up additional opportunites for enhanced functionality both in Form Builder and in CiviCRM as a whole. If you have not yet supported Form Builder, now would be a great time to help the Core Team as we push CiviCRM to new limits!

Long identified as a key piece of functionality, the native form builder made it officially to the roadmap in 2015. After an epic trilogy of development, we now have a working drag-n-drop app which builds forms for Contacts along with their addresses, emails, phones, and activities. With continued support and funding we'll be expanding this universe to include relationships, events, contributions, and more!

Form Builder is a big undertaking with even bigger implications, and revolutionizes CiviCRM's capability to build and manage online forms. Progress will be released incrementally over time, and support for this initiative will be needed on an ongoing basis.

Like all major pieces of functionality, this form builder can't happen without a significant community investment. If you have questions or wish to make a pledge, contact Josh at josh@civicrm.org.

Episode III was focused on replacing core screens such as the 'Add/Edit Contact' and to release a stable, powerful extension so that users can begin to fully realize the power of the Form Builder.

The release of the alpha GUI extension is here because to the following supports. Huge thanks to you for supporting Form Builder!