The Vitiligo Society is a London based charity, with a global reach whose main aim is to support people with the skin condition, vitiligo. Vitiligo affects 1-2% of the world's population and can have detrimental psychological effects on peoples lives.

Like most small-medium size charities, the Society has been hit with year-on-year declines in memberships and donations. Founded in 1985, The Vitiligo Society has a well respected 30-year heritage but as times have changed, the organisation has been hindered with legacy IT and web services (or lack thereof) that has impacted engagement and fundraising.

The Trustees of the Society embarked on a radical programme of work to be a 'Digital & Cloud-First' organisation. Focusing on providing digital, web and mobile experiences that help deliver greater impact to those with vitiligo and enabling those that want to fundraise and support the mission.

A key part of this programme of work has been to clean, consolidate and use data to derive analytics and intelligence about its supporters, members and donors. The Vitiligo Society has, where possible, looked to automate manual paper processes to free up staff time to work on more worthwhile tasks.

After an assessment of Salesforce Nonprofit Success Pack (NPSP), CiviCRM, White Fuse and Donorfy, CiviCRM was decided upon as the tool of choice due to its cost, open-source mission, flexibility, development extensibility and it's integration with emailing tools such as Mosaico.

Along with the implementation of CiviCRM, the Society invested in a full front-end redesign choosing to move from the existing CMS, Joomla, in favour of WordPress. WordPress was chosen for its growing market share, relative ease of use and skill/support available in the market.

Having a seamless and feature-rich membership portal that syncs with the CRM was a key requirement for giving greator value to the Society's paying members. The Vitiligo Society has been piloting a paywall model that has shown success for online newspapers, as a way to re-invent the charity membership model. New visitors get a 'shopfront' preview of premium content and can gain full access with a membership contribution to support the cause. 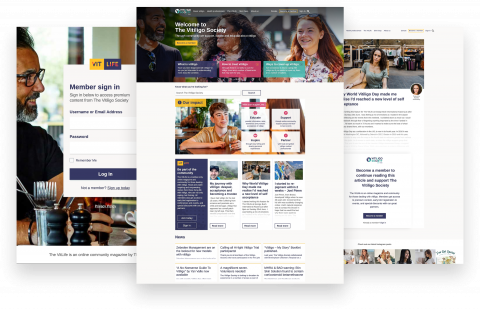 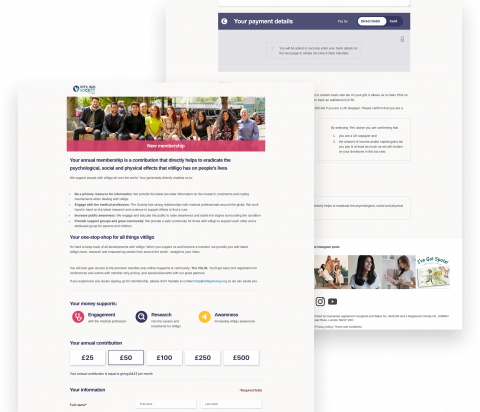